2016 is definitely the year I explored more Korean dramas. Korean dramas are popular not only in South Korea but also internationally due to the high-quality videography, dramatic story lines, good-looking casts and an overall great production. If you`re trying to find new Korean dramas, here are my top picks of completed Korean dramas in 2016:

1.) Descendants of the Sun


Descendants of the Sun is a hit South Korean drama starring Song Joong Ki and Song Hye Kyo who are also known as the “SongSong Couple.” Descendants of the Sun is a fictional romance between Yoo Si Jin, a special forces soldier and Kang Mo Yeon, a doctor at Haesung Hospital. The palpable chemistry between actors Song Joong Ki and Song Hye Kyo, military romance in the story, wonderful background music, and great captures of the beautiful sceneries in Greece are most likely some of the reasons why this show became so popular not only in South Korea but also in other parts of Asia.

Shopping King Louie or Shopaholic Louis isn`t as popular as Descendants of the Sun, Moon Lovers: Scarlet Heart Ryeo and Doctor Crush. However, it`s a great Korean drama because of the wonderful story containing some funny and romantic scenes, and admirable character of the lead female role, Ko Bok Sil played by Nam Ji Hyun. Shopping King Louie is about Ko Bok Sil, a provincial girl from Gangwon who learned how to fend for herself, her younger brother and grandmother at a young age so they can survive and Louie (played by Seo In-guk), the grandson of the CEO and owner of Goldline shopping website, who was spoiled since his parents died, with almost anything he wants by his grandmother. Shopping King Louie is a great Korean drama because it shows the humble and hardworking nature of Ko Bok Sil and how she was able to positively influence the king of shopping.

Moon Lovers: Scarlet Heart Ryeo (Hangul: 달의 연인 - 보보경심 려; Hanja: 달의戀人－步步驚心 麗; RR: Dar-ui yeon-in - Bobogyeongsim ryeo) is also one of the Korean shows that was well received internationally. It is a drama with a great storyline, wonderful background music and good actors. The story of Moon Lovers was so good that there was even an online petition for a season 2 of the show. Moon Lovers is about Go Ha-jin, a 20th century woman who was transported back to the time of Goryeo Dynasty in Korean. There, she experiences new things and was faced with difficult situations which can possibly change a part of the Korean history.

Doctors or Doctor Crush is also one of the hit Korean dramas of 2016 starring Kim Rae-Won and Park Shin Hye. It`s about Yoo Hye-Jung, a delinquent high school student who suddenly decided she wanted to do good in school and Hong Ji-Hong, a medical doctor who became a biology teacher due to an unfortunate medical accident. When they meet, they both learn things that will eventually help establish their path to the future.

Page Turner is an inspirational Korean drama that tackles about young people`s aspirations and dreams in life. It stares Kim So-hyun, Ji Soo and Shin Jae-ha who played 3 high school students who have personal dreams they want to achieve.

This is a great Korean drama because there are lessons that can be learned through the personal trials of these 3 students who all went through different experiences and struggles in life to find their meaning and purpose in this world.

Love in the Moonlight 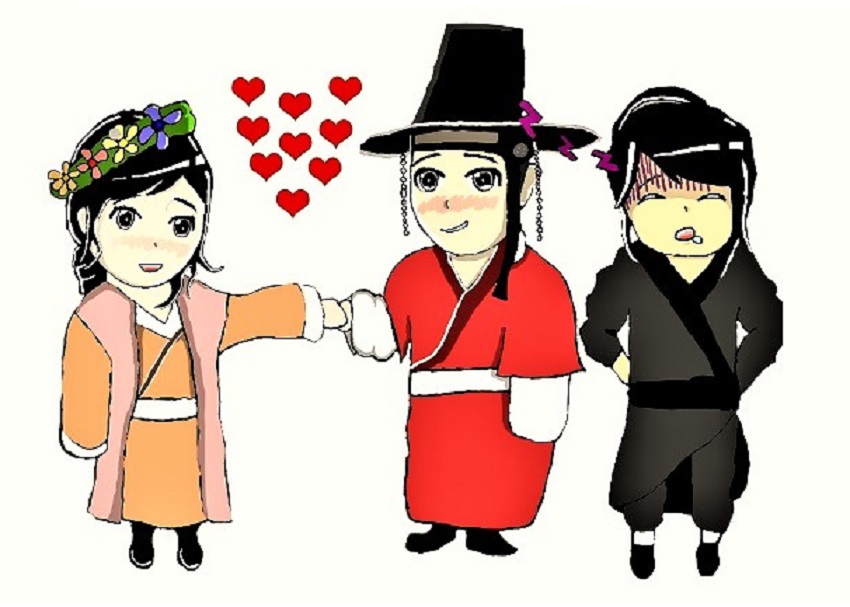 There were many good Korean dramas in 2016. However, these are just some of my top picks. These K-dramas have dramatic story lines and even life lessons that can be learned.

Have a beautiful and blessed day!

If you have any comments, suggestions, requests, and/or questions, please leave them in the comments` section of this blog post. Thank you.

Credit: All drawings/illustrations/fan arts in this blog post were created by Karlo G. Thank you very much for making all these great fan arts.

Disclaimer: This is not a paid and sponsored post. All opinions in this blog post were written with sincere and utmost honesty. Ratings may change without prior notice.
Posted by TheGracefulMist on February 10, 2017